The weather can’t seem to figure out which way it wants to go. In March we had April weather. It was unusually warm weather and a few days were outright hot. Here we are in April and we are now having March weather. 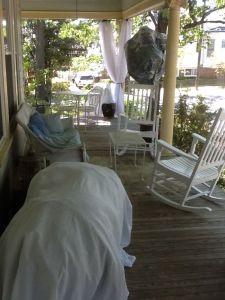 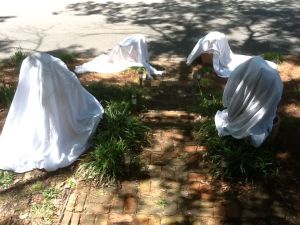 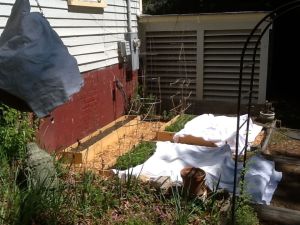 Last night I had to cover most of the plants outside because we had a frost warning.Though today it warmed up into the 60’s so I was able to remove the coverings. 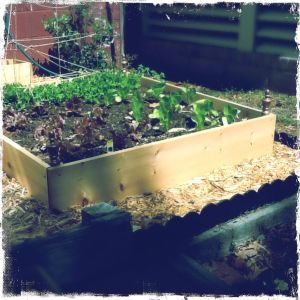 The garden is doing fairly well, though the spinach is struggling. However the sugar snaps are doing extremely well!

I’m looking forward to constructing a 4 x 8 raised bed in a week or two and I found a wonderful fountain that I intend to place in the bed. It will be surrounded with herbs. Then a few months later the garden will get a 6 x 8 greenhouse, which will be very useful to grow plants from seed as well as keep many of the outdoor plants during the winter months. 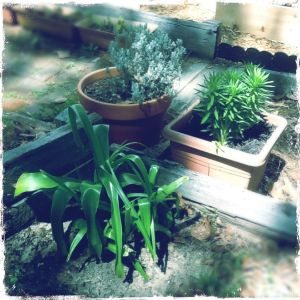 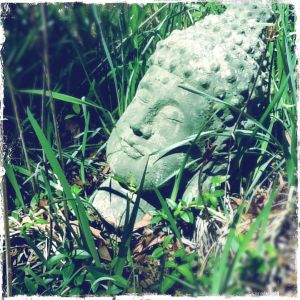 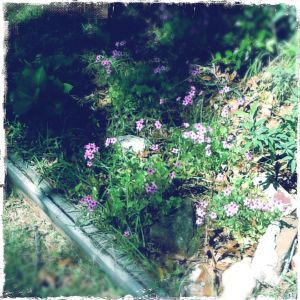 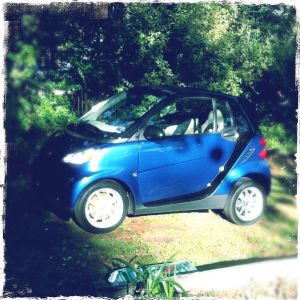 In other news… I’m still in love with my smart car. I gave it a good washing today and I installed wood trim on the dash. It looks good, if I do say so myself! The new GPS / radio receiver should be arriving in a couple of weeks. I’ll probably take it some place to be installed instead of trying to do it myself. 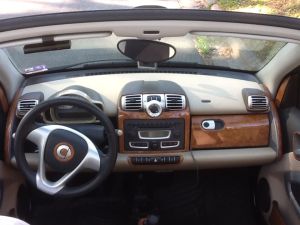 My friend, Brenda and I went around and looked at some homes for sale. There are two… um, actually 4 I am interested in. We walked around one amazing Victorian home that sits back from Main Street. It is very sad to see this house decay because only a few years ago a family who completely restored the home owned it. This family sold the home and moved on and the people who took it over did not take care of it and then one day they packed up and left and the home was foreclosed on.

The home is still in great shape, but it’s on the verge of falling into a state where it could become a money pit. Vines are growing up under the siding and through windows and some drainpipes have fallen. These issues need to be addressed and I am surprised the management company isn’t taking care of these things.

Anyhow, we went to the back of the home and discovered one of the back doors opened so we decided to venture in. OH MY GODS! It is so beautiful inside and it felt as if we were walking into some one’s home, which was kind of bizarre. This home is absolutely amazing inside. The woodwork, the light fixtures, stain glass windows… everything is in great shape, but within a year there is going to be major problems if no one buys the home or at least addresses some simple maintenance issues. Already there are vines coming into the house through some of the windows.

I took some pictures with my iPhone, but the images aren’t so good so I am not posting them. However, tomorrow my friend, Melissa and I are going back because she wants to see the house. This time I will bring my iPad and take better pictures. I will then present this amazing home to y’all.