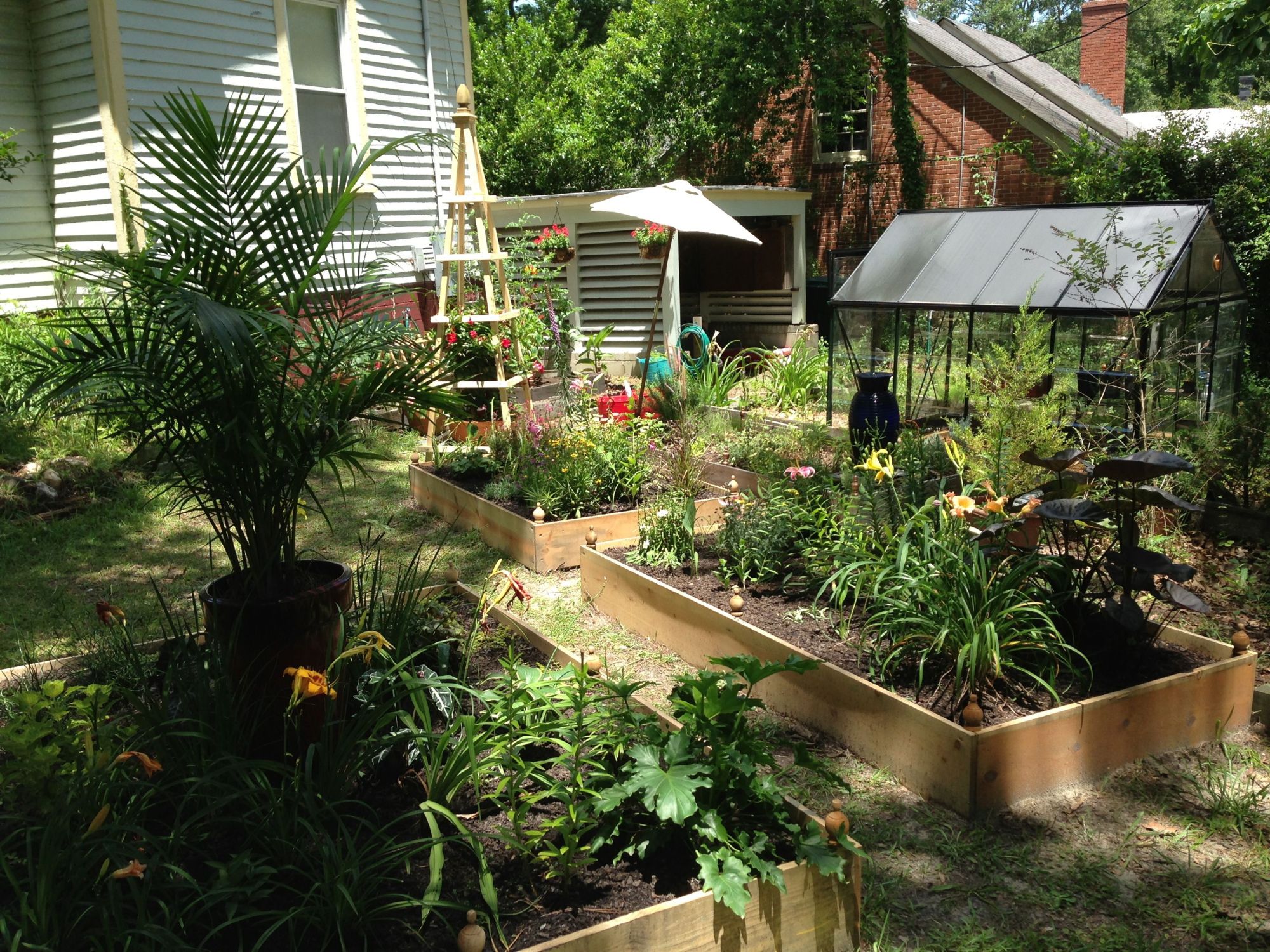 This is not a garden blog! I promise. It just seems to be my main focus these days. This past weekend I decided to transplant all ornamental plants from three of the original beds to two of the new beds.

Generally, the rule is not to transplant until autumn sets in, but I have found with many plants if you can maintain a sizable root ball the plant will only go into minimal shock and bounce back shortly thereafter. The ornamental beds look absolutely amazing (forgive my boasting) now that the original ornamental plants have been added. As well the vegetables look good in their new location and I think they are receiving better light.

The few vegetable plants we have are growing rather well, but are becoming too large to remain on the walk. Once the ornamental plants were removed I dug holes to place the containers containing the vegetables. I did this so they wouldn’t blow over in high winds. I figured they were too large to transplant. Also, the soil in the containers is much better than the soil in the original beds.

This transfer has opened up the walk as well as freeing up the crinum lilies and rosemary. They were a little boxed in on one side due to the large containers of tomatoes and peppers.

On Sunday it was a mundane chore kind of day. It was the annual once a year clean and wash the front porch day! The front porch is lovingly referred to as “The Promenade” because it’s rather large.

This home has a wonderful location, but being so close to a road means the front of the house gets quite dirty. So when washing the porch and furnishings the water runs black for a time. However, it is worth the effort.

Please excuse the condition of the porch. The ceiling was never replaced when the home was renovated and the decking was done incorrectly. This house has a lot of… quarks.

The home is in desperate need to be repainted, but I am not doing it unless I own the place. I have a feeling my landlords don’t want to take care of it either. They recently offered me to buy the home, but I am not ready to buy and I really don’t want to stay in this area. Anyhow, I have to be careful on how I wash the walls so that I don’t wash off any flaking paint!

This was my weekend. I wonder what next weekend will bring? Until next time!