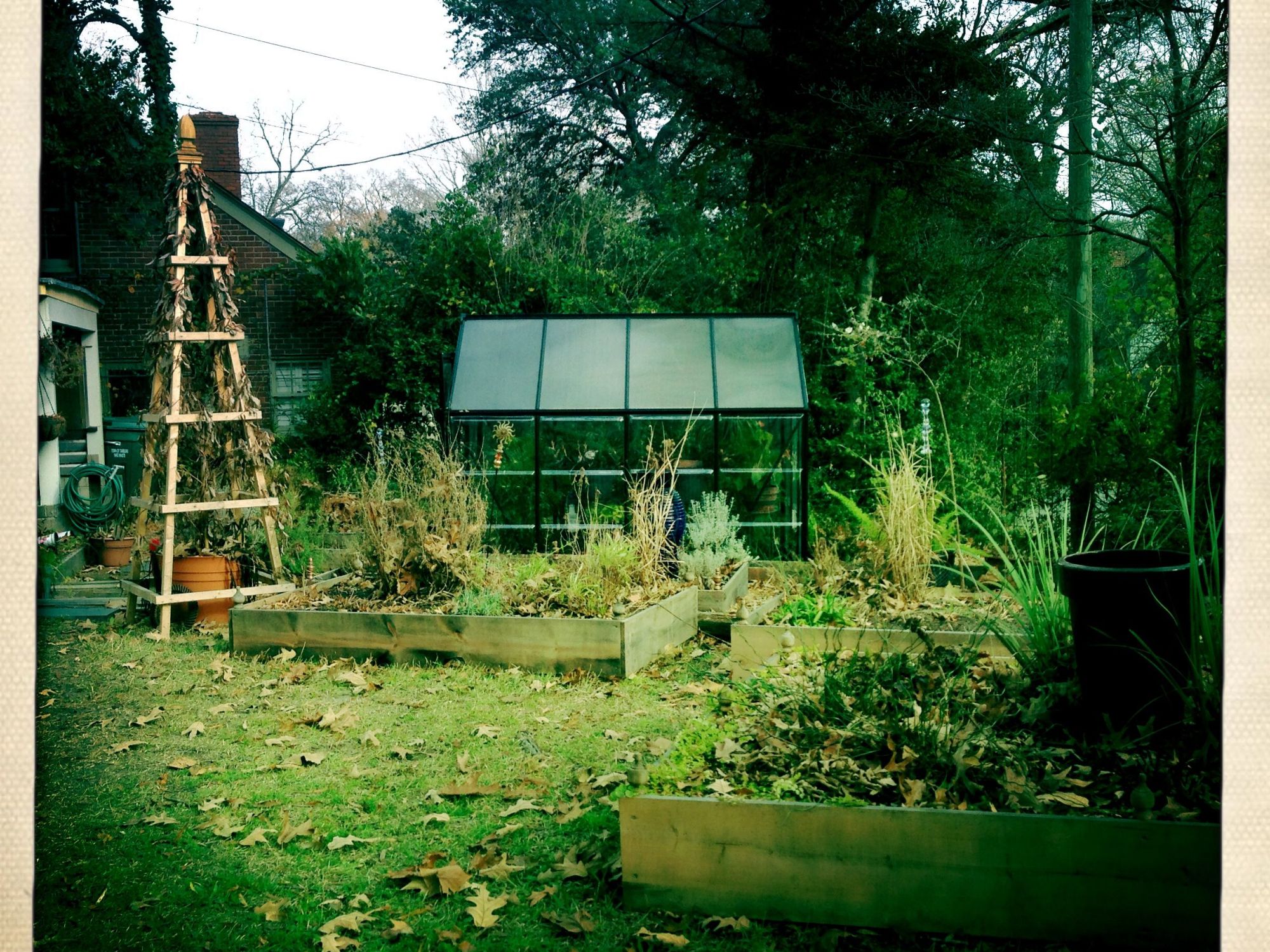 Today I was in shorts, t-shirt and sandals as it was 81f / 27c. I think I heard there was a snow or ice storm somewhere, but not here!

I had to rake and blow leaves today because I didn’t last weekend and you could not see the lawn at all. I also worked a little in the garden too. The wind was gusty today so many of the leaves I raked have blown back. This does not make me happy.

One of the things I had to do was dig out the Thai Elephant Ear bulbs and transfer them to small containers so I could store them in the greenhouse. It was quite a chore. One pot was planted with the Elephant Ear and Secresea. The last frost done them both in, but the Secresea had grown roots and tubers all the ways down to the bottom. It was difficult to dig out.

As well the Spider plant had grown roots and tubers down to the bottom of this large pot. The Elephant Ear came out of both pots very easily, but I had to pick out tubers and roots from the other two plants. I think if I were to have left the other two plants in the pots during the winter they probably would have come back in the Spring. However, I have to remove the soil from these pots because of the expansion and contraction of ice. The grey pot suffered a slight crack last year because I did not remove the soil.

The herb garden is resting on some very porous ground. As you can see from the above photograph the soil sits low in the raised bed. It wasn’t always like this, but it’s being sucked down into the ground below. So I decided to use the soil from one of the large pots and put it in the herb garden.

After a month or two the recycled soil will have settled so I will need to add more. I have plenty from the other large pot sitting in a pile nearby.

I am tired from the days work so I am off to bed! The widows are open tonight as it is currently  71f / 21c. I am going to enjoy it while it lasts. I know the cold will return shortly.