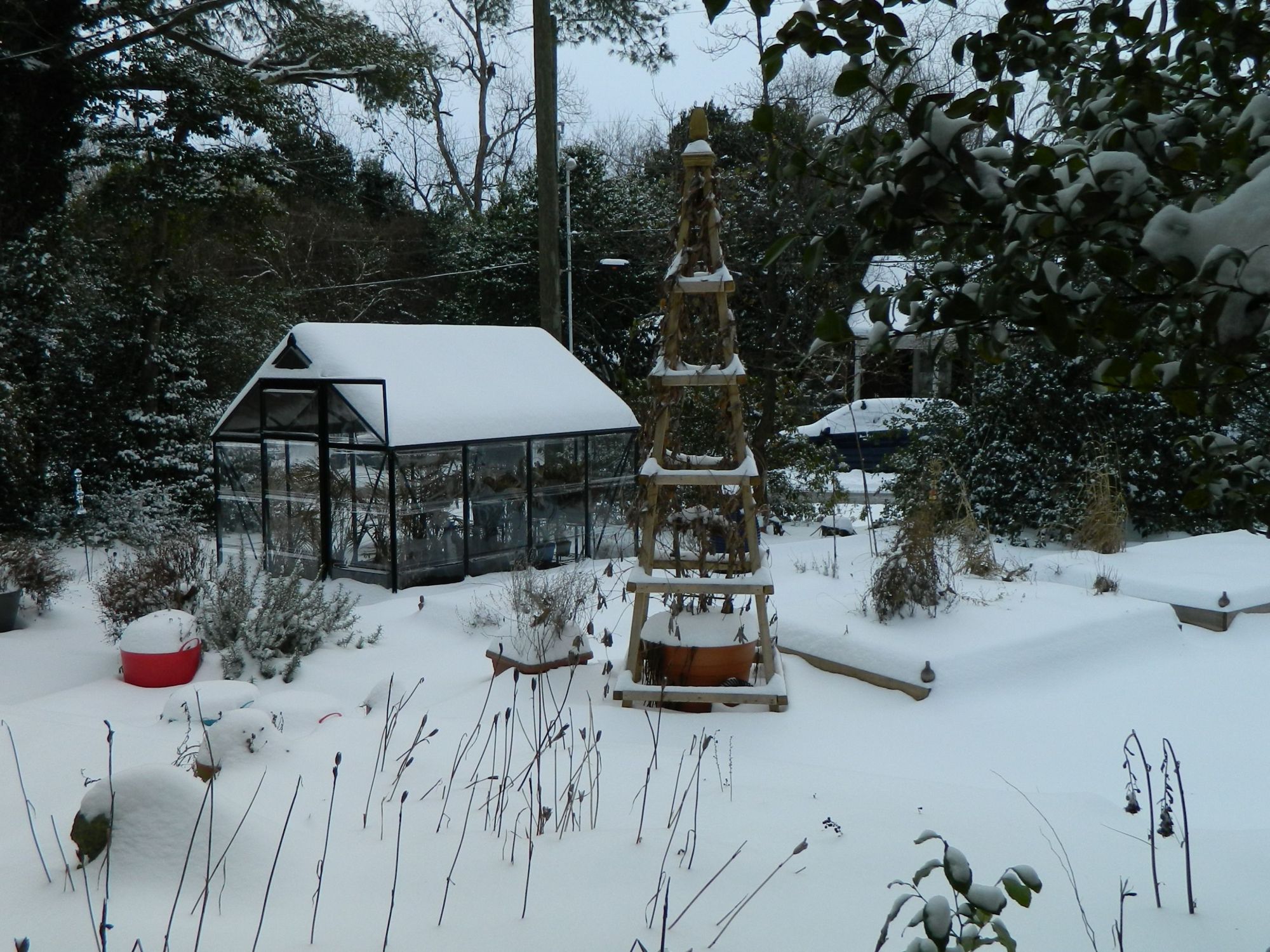 This weather is crazy. You know it was just a couple posts back I mentioned we had snow, which we hadn’t had for almost three years. I also mentioned it doesn’t last long, but this was a mistake because we received about 7.5 inches the other day. Ha!

This caused much consternation here in eastern North Carolina. Practically everything has shut down and the University has closed for two days. This event landed in the middle of the week, which is to say I have Friday and Saturday off during semester so I have four-day weekend. Woo, hoo! However, the weather is warming up and the snow is melting so it will be back to work for me on Sunday.

I took Tabitha to her veterinarian this morning for a check up. She has gained some weight a and she is doing well. They were going to show me how to give her fluids, but when they came to me with a handful of syringes I about passed out. I have a needle phobia so this simply isn’t going to happen. We talked about it and came up with a plan which is I will be bringing Tabitha in twice a week and they will give her the fluids.

I am thankful they will do this because I don’t know how else it would get done. Poor little Tabitha isn’t exactly the same and she probably won’t be again, but she is still very affectionate and playful. I am hoping she will continue to gain weight and perhaps a little more energy. Currently she is resting on a heating pad we set up for her on a chair, which she loves. Time will tell.

3 thoughts on “Time Off”